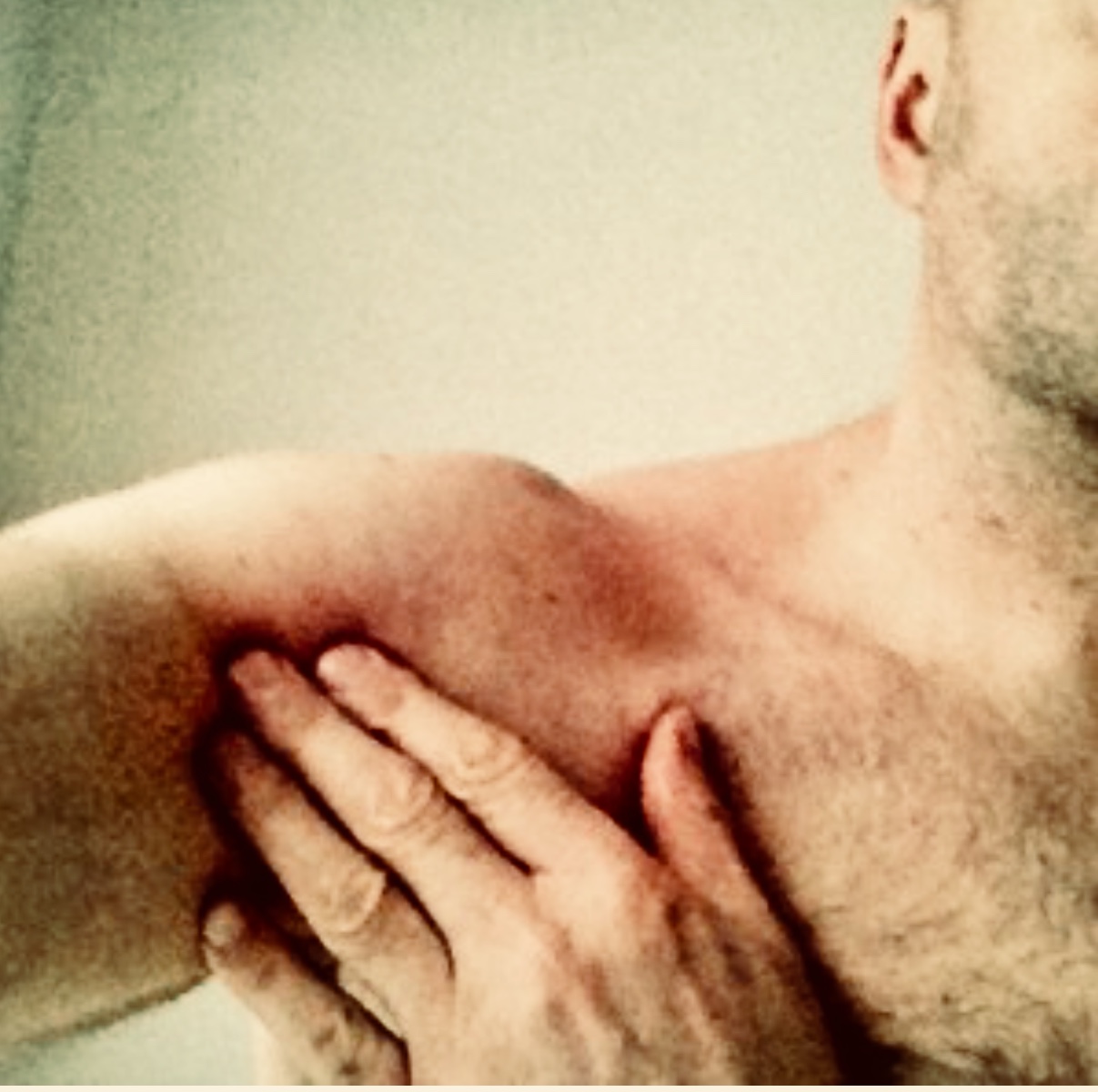 One of the most common problems that I’m presented with as a sports massage therapist is related to the shoulder, and shoulder girdle more generally. This is an area of the upper body in which the particular issues that occur can be quite wide ranging and varied, and certainly not as straight forward to sort out, usually because the problems that people experience are often as a result of more than one factor, for example, muscle imbalance/impingement, and/or the after effects of shoulder surgery.
There are two major groups of muscles that I normally concentrate on in this part of the body, namely the Trapezius muscles and the deltoid muscles. The trapezius muscles essentially help to raise and lower the shoulder girdle, for example when you ‘shrug’ your shoulders, and the deltoid muscles elevate your arms either out to the sides, the front, or behind, although that is quite a simplistic description of how these muscles work, and like most functional movements, the muscles work together as groups, rather than in isolation.
Shoulder impingement is often as a result of compression of some of the structures of the shoulder joint, and this is most commonly seen in people who perform lots of exercises that involve pressing movements (such as bench press) that emphasise the anterior deltoid and pectoral muscles which in turn then pulls everything forwards, and increases the likelihood of pressure/compression in the shoulder area. There are some surgical procedures that can help relieve some of this pressure, although I have seen quite a lot of people who’ve had this type of surgery and usually they need a considerable amount of sports massage therapy and strength/resistance training work to rebalance things in the long term, and only by increasing the emphasis on strengthening the muscles of the upper back and posterior deltoids can these symptoms be avoided in the long term.
Trapezius pain is usually as a result of a build up of tension in those muscles, that often occurs as a result of daily activities, and sometimes stress and anxiety. It can also be as a consequence of a more direct strain that quite often can result in an acutely painful area within the muscle, which is initially best treated by performing very light, high repetition strength exercises to pump the area with blood (provided that there is no existing inflammation in the area) and other nutrients that help to repair the damaged tissue, but this ‘must ‘ be performed with very strict form and a light resistance that is sufficient enough to make the muscle work without putting it under strain, as this will only exacerbate the problem.
All in all, shoulder dysfunction and pain can be best treated utilising a combination of sports massage therapy and strength/resistance training work to realign, and re balance muscles that are not allowing the anatomical structures of the shoulder to move correctly.
Share this post: